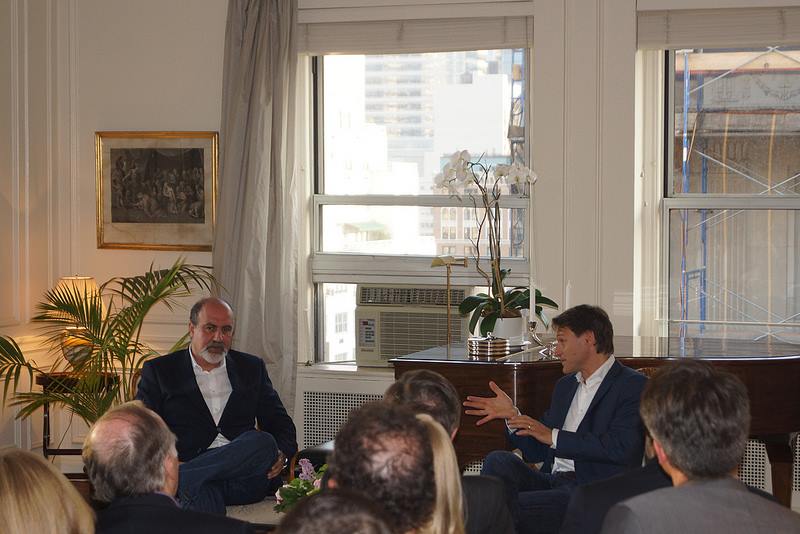 ☞ Joe Weisenthal at Business Insider writes about Musician Brian Eno’s recent letter to Nassim in A Glam Rocker’s Letter To Nassim Taleb On The Lessons Of Fukushima Is The Smartest Thing You Will Read All Day. The Long Now Foundation Blogs about it also.

☞ letterstoayoungadvocate.com posts about a recent exchange with Nassim in the Q&A at his talk at Concordia University:

“In his book Antifragile, he writes about how one of his characters, Nero Tulip (who is based on Taleb), never donates to charities that have someone drawing a salary, and that he never donates when asked. Knowing a number of dedicated & thoughtful workers in the social sector, this did not sit well. After his talk ended, I decided to ask a question about this: “If I work for a charity, and we genuinely do good work, and I draw a modest salary, is it not my duty to tell the world about my work and to ask for donations?”

…A Via Negativa Approach to Humanitarian Work: aka how Nassim Taleb has Influenced my Thinking on Genocide Prevention.

☞ Nassim Taleb’s Barbell Theory applied to Photography? In essence make photo shoots short and intensive; Try keep photography as a hobby or play; Optionality in shooting lots of photos but only keeping/displaying the best; The tails is where the action and insight is so pay attention to your best and worst photos.

☞ A new blog Antifragile Life; Or, how I learned to stop worrying and love volatility.

☞ John Sullivan writes about Nassim’s new book Antifragile and the importance of looking at market’s fragility rather than risk, and how markets require stressors to thrive. 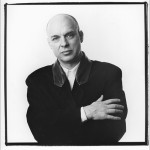 The musician Brian Eno sent me a very, very powerful public chain letter, and I have to draft an answer to another person. His concern is, of course, about the future. Let us discuss. There is plenty of time as I do not plan to write anything for a few weeks, as I am on the other end of the barbell, doing math (& aphorisms).

We’re all used to the idea that actions and thoughts take on different values when we expand the ‘picture’ within which we frame them. We realise that something which makes sense in a local frame may make less sense in a broader frame: dumping your waste in the river is fine as long as you don’t think too much about the people downriver. When you do, you might decide to stop dumping. Government ought to be the process by which such overlapping ‘bigger picture’ considerations are negotiated: good government should make empathy practical.

Indeed our geographical ‘circle of empathy’ grows decade on decade: a hundred years ago it would have been impossible to imagine millions of people raising hundreds of millions of pounds for tsunami victims on the other side of the world – people they didn’t know and would almost certainly never meet. In terms of geography, we inhabit a much bigger picture than we used to, and we sense our interconnectedness within it.

In terms of time, however, the picture seems to be narrowing. Public attention is increasingly focused on very near futures: businesses live in terror of the bottom line and the quarterly results, while politicians quake at tomorrow’s opinion polls and formulate policy in terms of them. We’ve heard tales of farmers planting olive trees or vineyards for their grandchildren to harvest, or of foresters cultivating groves of oaks to replace a chapel roof hundreds of years in the future, but by and large, we don’t do that anymore. We have less active engagement with our future than our ancestors did.

This diminishing future horizon is mirrored by an equally shrinking backwards view. We find ourselves left with prejudices and opinions that were hastily and emotionally formed at the time and not revisited and re-evaluated, drowned under a relentless stream of new stories and panics. We seem to be so thoroughly submerged by new impressions that we don’t have time to digest our own history.

To illustrate this, think about nuclear power. Start with FUKUSHIMA, that dread word. As a result of over-excited media reporting (‘great story!’ I heard one journalist say) that single word has probably condemned nuclear power for another generation, when in fact the accident produced no radiation-related deaths (and it’s doubtful that it will produce a discernable statistical blip in cancers in the future). In a conspiracy which seems almost dishonest, most Green groups failed to acknowledge this – it was too good as propaganda for them to let the facts get in the way – and of course the press never returned to the subject with any correctional follow-up. It became one of those little nuggets of received, and totally incorrect, wisdom: Nuclear=Fukushima=Catastrophe.

That received non-wisdom has persuaded Green Germany to begin decommissioning its nuclear reactors – which means more coal-fired plants. Japan too will probably turn back to coal. Coal is – even Greenpeace would agree – the worst option, though they’d claim that the gap can be filled by renewables. It can’t, not now and probably not for decades. In the meantime – and it may be a long, mean time – we’ll use coal. It’s cheap and very, very dirty.

So the real catastrophe of Fukushima is in the future, waiting for us in the form of vastly increased atmospheric CO2. An emotional over-reaction to a media storm has produced a thoroughly bad decision with longterm global consequences. It’s a classic ‘how not to’ scenario. Is this how our future is going to be – lurching from one panic to another in a daze of ‘just coping’ and without the benefit of any long-picture wisdom within which to frame our actions? What would help us break out of that trap?

Those olive farmers and church builders mentioned above had something we don’t: a sense that the future would quite likely be similar to the present. We, on the other hand, can be sure this won’t be the case. So the question is really this: how can we even think about designing for a future that we can’t imagine?

Where we have seriously addressed the long term at all, our efforts so far have tended towards ‘robust’ solutions: if we can’t predict the future we’ll defend against it by building super-robust structures. An example of this philosophy would be the now-abandoned megaproject for the storage of America’s nuclear waste at Yucca Mountain. It was designed to resist anything the Universe could conceivably throw at it (or rather anything its designers could conceive, which is quite different). It had no adaptive capacity: it was a fortress, hardened, inert, requiring constant upkeep. But as you point out, ‘robust’ is not actually the opposite of fragile, but a point on the spectrum between ‘fragile’ and ‘anti-fragile’. The project was abandoned for political reasons and the problem of waste storage is still regarded as unsolved.

In the meantime, however, the waste is being stored: in huge drums beside the plants themselves. It’s intended as a temporary measure, but it might turn out to be a better one anyway. I think it offers a hint to the solution. Like this, the material is easily accessible should any better storage or recycling ideas appear in the next several millennia (quite likely, I should have thought…there must be Golden Swans as well as Black ones). It leaves open the possibility of easily adopting better solutions as they appear, and, because it is widely distributed rather than concentrated, it can be seen as dozens of separate experiments in waste storage being conducted simultaneously. Some of them will be better than others: evolution will take place. In that sense it seems to me a more antifragile solution. In a changing landscape what is needed is evolvability – the possibility of running a number of solutions at the same time and letting the better ones win out.

But there is a huge psychological appetite for robust solutions: it’s very natural to think that the best way to defend any system is by hardening it so it becomes unassailable. That looks like a good strategy partly because it entails more quantifiable activity on our part – and we tend to trust things if we think we’ve designed them (rather than if they’ve evolved by some process we don’t quite understand) and if we can attach lots of numbers to them. The problem is that ‘robust’ only works if the threats to the system are predictable – if you know what to harden against. The fact is, we don’t – and the hardening process itself reduces evolvability.

The nuclear issue – which I’ve used as an example in this letter – is only one of many I could have chosen. The fact is, we’re facing a lot of complex and interrelated problems which demand that we take positions now. To some extent, that position is going to have to be ‘let’s improvise’ because there’s a distinct limit to how well we can make predictions. The de facto nuclear storage arrangements currently in use in America are examples of ‘let’s improvise’ and in this case seem to be a not-too-bad arrangement. But ‘let’s improvise’ has its limitations: in fact it’s sort of what got us where we are now, in a place that’s both wondrous and problematic. We might need some other intellectual weapons in our arsenals, no matter how good we become at jamming.

Brian Eno is a composer, producer and visual artist. A founding member of Roxy Music in the 01970s, his solo albums and collaborative musical compositions with John Cale, Robert Fripp, David Byrne, Jon Hassell and David Bowie have been in circulation world-wide over the last 30 years. Eno has also been involved in the design and production of audio-visual gallery installations since 01978 and is a board member of the disarmament group BASIC (British American Security Information Council) and the environmental NGO ClientEarth. Recently he has produced (with Peter Chilvers) Bloom, a generative music piece – and one of the most successful musical apps for the iPhone – and Scape, a new form of album which offers users deep access to its musical elements. www.enoshop.co.uk

Nassim Nicholas Taleb is a modern philosopher, a former trader and is currently Distinguished Professor of Risk Engineering at New York University. With a polymathic command of subjects ranging from mathematics to ancient history he also speaks many languages. He is also the author of Fooled by Randomness and The Black Swan, an international bestseller which has become an intellectual and cultural touchstone which has been published in 31 languages.
www.fooledbyrandomness.com