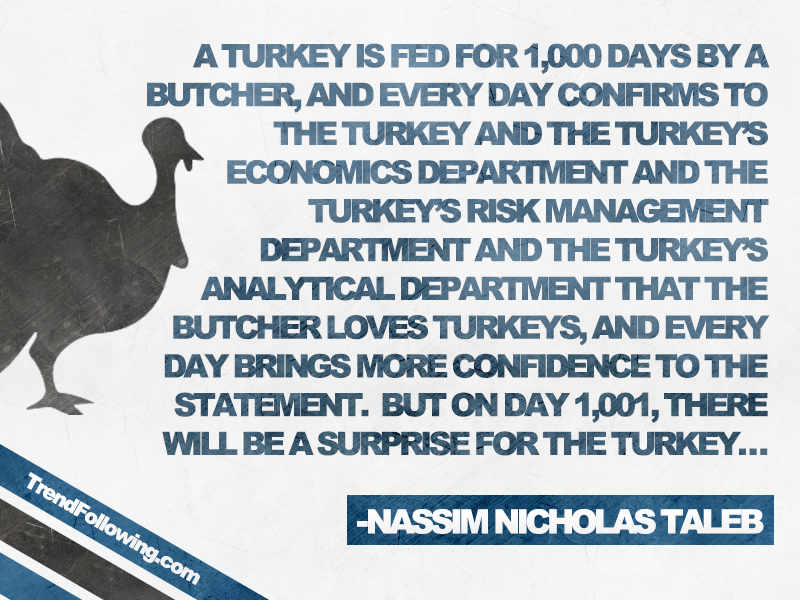 The Skin In The Game Heuristic for Protection Against Tail Events

Abstract:
Standard economic theory makes an allowance for the agency problem, but not the compounding of moral hazard in the presence of informational opacity, particularly in what concerns high-impact events in fat tailed domains. But the ancients did; so did many aspects of moral philosophy. We propose a global and morally mandatory heuristic that anyone involved in an action which can possibly generate harm for others, even probabilistically, should be required to be exposed to some damage, regardless of context. While perhaps not sufficient, the heuristic is certainly necessary hence mandatory. It is supposed to counter risk hiding and transfer in the tails. We link the rule to various philosophical approaches to ethics and moral luck.

Nassim Taleb of NYU-Poly talks with EconTalk host Russ Roberts about his recent paper (with Constantine Sandis) on the morality and effectiveness of “skin in the game.” When decision makers have skin in the game–when they share in the costs and benefits of their decisions that might affect others–they are more likely to make prudent decisions than in cases where decision-makers can impose costs on others. Taleb sees skin in the game as not just a useful policy concept but a moral imperative. The conversation closes with some observations on the power of expected value for evaluating predictions along with Taleb’s thoughts on economists who rarely have skin in the game when they make forecasts or take policy positions.

Life is Randomness! Life is Antifragility!

More evidence that you are alive if & only if you like volatility. More evidence of Jensen’s inequality (convex response). This article passed my filter, my bi-monthly linking allowance. (via Steven Stogatz)

Release of neurotransmitter is an inherently random process, which could degrade the reliability of postsynaptic spiking, even at relatively large synapses. This is particularly important at auditory synapses, where the rate and precise timing of spikes carry information about sounds. However, the functional consequences of the stochastic properties of release are unknown. We addressed this issue at the mouse endbulb of Held synapse, which is formed by auditory nerve fibers onto bushy cells (BCs) in the anteroventral cochlear nucleus. We used voltage clamp to characterize synaptic variability. Dynamic clamp was used to compare BC spiking with stochastic or deterministic synaptic input. The stochastic component increased the responsiveness of the BC to conductances that were on average subthreshold, thereby increasing the dynamic range of the synapse. This had the benefit that BCs relayed auditory nerve activity even when synapses showed significant depression during rapid activity. However, the precision of spike timing decreased with stochastic conductances, suggesting a trade-off between encoding information in spike timing versus probability. These effects were confirmed in fiber stimulation experiments, indicating that they are physiologically relevant, and that synaptic randomness, dynamic range, and jitter are causally related.

What can we learn from Mr Dawkins’ errors and misuse of probability?

Nassim has posted a link on his Facebook Page Chapter 1 of the Technical Companion for the INCERTO: An Introduction to Fat Tails and Turkey Problems:

How to Love Randomness: Antifragile Responses in the Human Body and Their Consequences
Nassim Taleb, Ph.D., M.B.A.