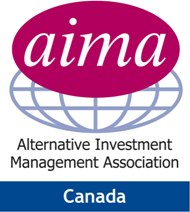 From the website: Mr. Taleb will speak on current market trends and concerns, as well as geopolitical issues that might manifest themselves as critical shifts in market sentiment and direction.

The Bloomberg Businessweek website has a feature piece on Robert Rubin, in the article Nassim is interviewed and shares his view on President Clinton’s former Treasury Secretary and former Citigroup executive.

“Nobody on this planet represents more vividly the scam of the banking industry,” says Nassim Nicholas Taleb, author of The Black Swan. “He made $120 million from Citibank, which was technically insolvent. And now we, the taxpayers, are paying for it.”

Nassim Nicholas Taleb doesn’t know Rubin personally. He admits that his antipathy, like that of so many Rubin critics, is fueled by symbolism. “He represents everything that’s bad in America,” he says. “The evil in one person represented. When we write the history, he will be seen as the John Gotti of our era. He’s the Teflon Don of Wall Street.” Taleb wants systemic change to prevent what he terms the “Bob Rubin Problem”—the commingling of Wall Street interests and the public trust—“so people like him don’t exist.”