Nassim Nicholas Taleb, author of Antifragile, Black Swan, and Fooled by Randomness, talks with EconTalk host Russ Roberts about a recent co-authored paper on the risks of genetically modified organisms (GMOs) and the use of the Precautionary Principle. Taleb contrasts harm with ruin and explains how the differences imply different rules of behavior when dealing with the risk of each. Taleb argues that when considering the riskiness of GMOs, the right understanding of statistics is more valuable than expertise in biology or genetics. The central issue that pervades the conversation is how to cope with a small non-negligible risk of catastrophe.

Nassim Taleb is a literary essayist, hedge fund manager, derivatives trader and professor of risk engineering at The Polytechnic Institute of New York University. But he is best known these days as the author of The Black Swan: The Impact of the Highly Improbable. During a recent visit to Wharton as part of The Goldstone Forum, he spoke with Wharton finance professor Richard Herring — who taught Taleb when he was a Wharton MBA student — about events in the Middle East, the oil supply, investing in options, the U.S. economy, the dollar, health care and of course, black swans. 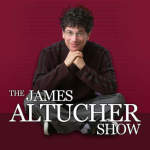 Nassim Taleb has been interviewed by James Altucher on his Podcast The James Altucher Show talking about technology and how different systems handle disorder.

Nassim Taleb of NYU-Poly talks with EconTalk host Russ Roberts about his recent paper (with Constantine Sandis) on the morality and effectiveness of “skin in the game.” When decision makers have skin in the game–when they share in the costs and benefits of their decisions that might affect others–they are more likely to make prudent decisions than in cases where decision-makers can impose costs on others. Taleb sees skin in the game as not just a useful policy concept but a moral imperative. The conversation closes with some observations on the power of expected value for evaluating predictions along with Taleb’s thoughts on economists who rarely have skin in the game when they make forecasts or take policy positions.

Friends, presenting Book IV of Antifragile at Stanford, 4:30, Open to the Public. Focus on Optionality/Convexity, or why you’d rather be antifragile and dumb than robust and educated & why they built cathedrals without knowledge of Euclidian geometry….

(Friends of the area I apologize for not connecting as I am in-and-out.)

Nassim Taleb, the banker-turned-philosopher who predicted the financial collapse of 2008, has been called ‘the hottest thinker in the world’. His internationally bestselling book, The Black Swan, was about the impact of rare, unpredictable events. In his latest book he expands on this theory and comes up with the concept of ‘antifragile’ – the idea that through small shocks and surprises humans (and financial systems) can become more than robust – they can thrive and become antifragile. But critics have labelled this theory ‘antisocial’. Rana Mitter meets Nassim Taleb to test the robustness of his ideas, on Night Waves, at 10pm.